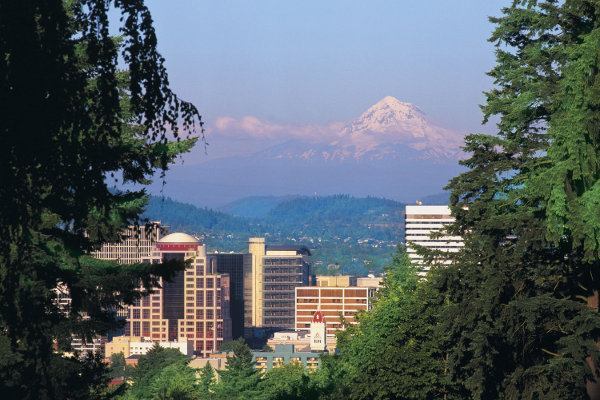 Portland, Ore. RANK: 9 (tie) INDEX: 91.5 STRENGTHS & WEAKNESSES: Large corporations have reported growth plans for this area of the Pacific Northwest, and the city has shown significant growth in total households and a spike in building permit issuance. Meanwhile, unemployment remains high in the Portland area, and home prices continue to decline without bottoming out. REMODELING ACTIVITY: 3% growth expected in 2012 AREAS WITH POTENTIAL: Portland proper, West Linn, Lake Oswego, and Camas, Wash.
Portland, Ore.
Rent growth in February gained 5.05% nationally, according to the Dallas-based research firm Axiometrics. This is the highest rent growth mark in 44 months, slightly above December 2014’s 4.97% growth rate, according to a firm report.

Apartment managers predict that this wave of rent growth will can be ridden until sometime in 2017.

“I think we will be good this year and well into next year,” says Dave Woodward, president of Denver-based manager CompassRock Real Estate.

Meanwhile Steve Heimler, president of Cirrus Asset Management, says he will continue to push rents for as long as possible, until the market indicates otherwise. But while he is sure that rents can continue to be pushed this year, he isn’t getting overconfident.

“I would like to say I’m worried about overdevelopment right now,” he says. “But everything that is being built is getting absorbed. It’s out there, but we’re not there yet.”

Heimler also says he’s cognizant of the entire housing spectrum and feels that single-family purchases will eventually become a problem for the apartment industry. “We will have just built thousands and thousands of units and the people will rent them for one year and then go buy a home,” he says.

But for now, let the good times roll.