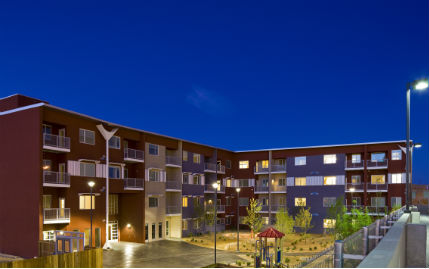 Fred Copeman, CohnReznick
Fred Copeman, Principal, CohnReznick
New York—The Low-Income Housing Tax Credit (LIHTC) program, which reached its 30th anniversary in 2016, has consistently delivered strong results for tax credit housing investors, according to a new study commissioned by CohnReznick LLP, one of the country’s leading accounting, tax and advisory firms. The study, “The Low-Income Housing Tax Credit at Year 30: Recent Investment Performance (2013-2014),” is the fourth survey covering properties benefiting from the housing credit and is part of a long-term effort by the company to measure the performance of LIHTC properties.

For the years surveyed, national median physical occupancy was 97.5 percent, up from 97.0 percent in 2012, and median economic occupancy was 96.6 percent, according to the report, showing that the demand for affordable housing units has lowered the turnover rate in housing credit properties, reduced the costs associated with turning units over, and lowered the rental income loss associated with rent skips.

“Not only is there extraordinarily high occupancy in major cities, but the same has become true in suburban and rural areas. LIHTC housing is fully occupied and working well,” Copeman said. He added that the need for more affordable housing still exists in almost every part of the country.

The report was released shortly after Congress authorized the permanent extension of the 9 percent fixed-rate LIHTC.

Other key findings in the report include:

DCR Debt Coverage Ratio (national median) improved to 1.33 in 2014, up from 1.30 in 2012.
The number of housing credit properties “underperforming,” meaning those that reported physical occupancy below 90 percent or those that failed to achieve breakeven operations, is decreasing. The number of housing credit properties performing below breakeven was 16.9 percent in 2014, a large decrease from 35 percent in 2005. In addition, the 2014 deficits were typically modest amounts.
The foreclosure rate reported by LIHTC properties, despite experiencing a modest increase in recent years, continues to compare very favorably with every other real estate asset class.
For the report, data on more than 20,000 properties was contributed by 39 organizations, including active housing syndicators and some of the largest housing investors and affordable housing organizations in the U.S.