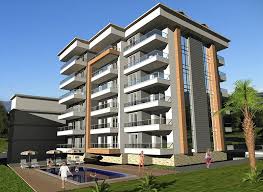 For the past seven years, the number of apartments sold has grown each year—jumping from 1,757 properties in the depths of the recession to 7,230 in 2015 (which topped one million units for the second straight year), according to preliminary 2015 data from New York–based research firm Real Capital Analytics (RCA).

Though interest rates, foreign investments, and a potential slowdown in rents urge caution for 2016, there are a lot of strong arguments that buyers will continue to chase apartments in the year ahead and 2016 will see another increase in properties sold. “There’s an increased interest in the safe-yield play today for apartments,” says Jim Costello, senior vice president at RCA.

While there’s a chance that more entity-level deals could happen, many of the companies long rumored to be on the block— Gables Residential, Home Properties, and Associated Estates—were sold in 2015. Even without large companies changing hands, there shouldn’t be any lack of product on the market in the year ahead, for several reasons.

For one thing, sellers like today’s strong apartment prices, which Moody’s Investors Service and RCA say are 33% higher than they were at the previous peak, in 2007. Also, demographics are still strong, equity remains plentiful, and Fannie Mae and Freddie Mac provide underwriting certainty that simply doesn’t exist in other commercial sectors.

Buyers, too, are looking well positioned. With starts having increased over the past couple of years, there will be opportunities for buyers who want to purchase new properties under construction, in lease-up, or after stabilization.

“If you’re a merchant builder and you have a fixed-time horizon, I’m sure now is a better time to sell than a year or two from now,” says Bobby Lee, president and COO of Los Angeles–based JRK Property Holdings.

There’s also motivation for REITs to continue to sell. “We think the pieces are in place for the privatizations to continue,” says Britton Costa, Director of REITs at Fitch Ratings. “But the more likely outcome is the REITs taking advantage of these private-market values and using them as a way to accelerate dispositions to fund portfolio recycling.”