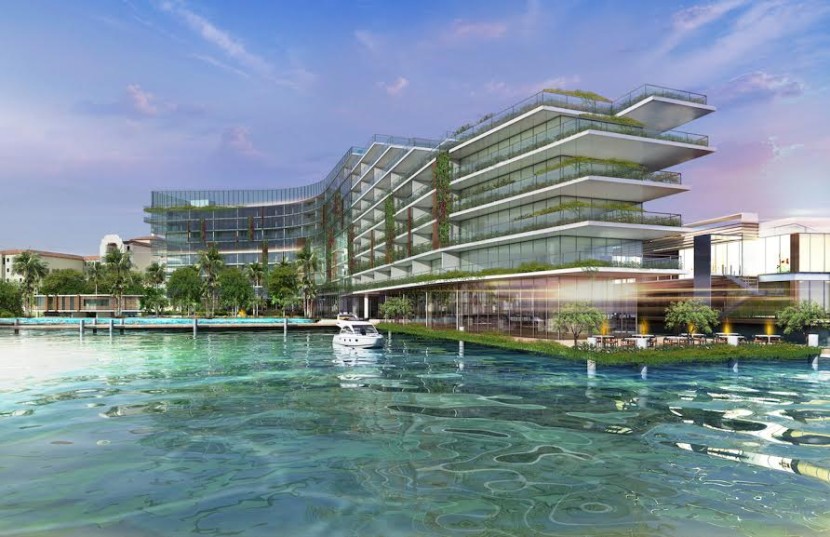 The Chinese developer of the Pointe, a planned waterfront destination in Nassau, The Bahamas, selected Miami-based Stantec to design the architecture of the 910,000 square-foot mixed-use development. Neworld One Bay Street, Ltd., a subsidiary company of China Construction America, plans to spend $250 million to build a mix of residences, hotel rooms, retail stores, entertainment space, office space, restaurants, and a marina and parking garage. The six-acre development in downtown Nassau, near the cruise ship port, is the first Caribbean project for Stantec. Stantec took the design inspiration for the eight-story condo building from the curved forms and lines of the cruise ships that are visible from the site. The 110 residential units will have views of the ocean and the iconic Nassau lighthouse. Stantec designed the oceanfront 200-room hotel together with open-air shopping and entertainment center ringed with tropical foliage. The Stantec design also includes a parking complex with built-in retail space and office space. Its look will emulate the colony style of the British Colonial Hilton hotel adjacent to the site of the Pointe complex. Architect Jon Cardello, senior principal of Stantec, said in a press release that the firm plans to further expand its luxury residential portfolio outside of the United States. Site work for the Pointe began in August. Construction work is scheduled to conclude in in 2017. – See more at: http://therealdeal.com/miami/2016/01/16/chinese-developer-picks-santec-for-nassau-project/#sthash.xlpkcopu.dpuf